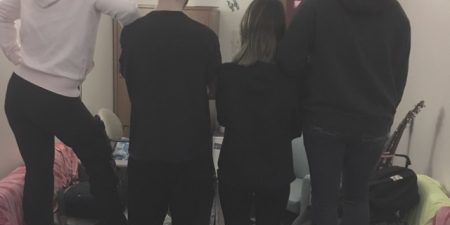 Combatting the war on cyberbullying requires the presence of assertive teens at the forefront; strong voices to overshadow the negative.  In order for cyberbullying to be a thing of the past, we need young people (in droves) to take a stand and step up for what is right.  It is the eyes, ears and mouthes of those who know what is right and wrong to be assertive, take a stand and change the tide. Cyberbullying can be a thing of the past, but it isn’t an easy task. We must be teaching our kids to stand up against and stop cyberbullying.

Every day kids are ridiculed, taunted and bullied in cyber world. Unfortunately, those bullying outweigh the ones stepping forward and speaking up. It could be attributed to a number of factors. There is the fear of being called a snitch. There is concern for the bully shifting to anyone who speaks against them. Or there is worry over being perceived as uncool amongst peers. The reality is many eyes are witnessing cyberbullying in the form of group texts, videos, Snap Chat stories, etc. and much fewer are speaking up in disapproval.

Teaching our kids to stand up against and stop cyberbullying

Every single teen will be in a situation where they are witnessing someone being bullied either in person or via social media. We can’t expect them to know what to do when this happens. It’s overwhelming. There will be times when it’s scary. So what do you do? I encourage you to run through different scenarios. Here are a few: 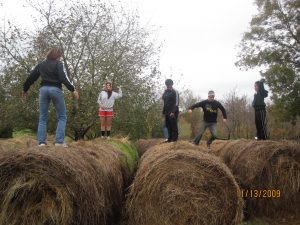 Empowering kids to take a stand…it can happen!

Chat about what they think the most appropriate way to handle these situations are. What are there responses? If there is no game plan the likelihood of responding in a positive way is diminished. The truth is, amongst any group text or snarky video there are many viewing who disagree with the taunting and bullying. But there is power in numbers. What our kids need to know is that if they encourage two or three of their peers to chime in against the slandering the likelihood of that number growing is greater. There are situations where the hurt and malice calls for playing hot potato. It’s ok to chat with an adult, to touch base with a school guidance counselor or youth leader. Making an effort to go at things alone can be daunting and super stressful. Remind them, there’s no ‘I’ in team. Group flanking rocks.

One single voice can make a difference; how cool is that? That’s an awesome reality when that voice projects what’s right against what’s wrong. Being an assertive teen in the realm of cyberbullying can be tough stuff. But when we encourage, empower and reinforce their awesomeness it holds less of a burden. Remember to spread your empowerment wings encouraging older siblings, youth leaders, coaches, family members to get their own assertive caps on. Positive encouragement can have a domino effect, but that first domino has to tip before anything can happen.

A great site to access more information on what to do if your child is being bullied along with empowering your teen in speaking up and standing against bullying in all forms:  http://erasebullying.ca/index.php

Sometime this week start some dialogue. Let your young person know that they rock and their potential is limitless. Ask about their concerns and fears with cyberbullying. Prepare to answer questions and refrain from lecturing. Listen, be patient and empower.

Rock out your week and get your goodness on amongst those you love!

The Power of Hello during the Corona Virus
April 13, 2020

Five ways to get more connected to your community
January 26, 2020