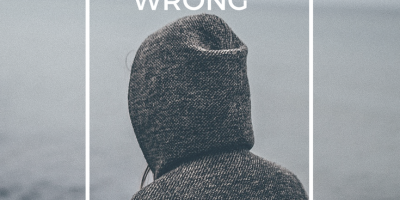 Our kids will see wrongs going on in ways that can be hard for a generation not raised on cell phones to understand.From this generation of pre-teens on, our children will have no knowledge of any other form of communication other than cell phones. Pay phones and even home phones are things of the past. Each day million of pictures, texts or tweets are sent by kids with intent to cause harm, to bully or intimidate. These messages are being sent with the intention of reaching multiple parties. Countless young people have taken their own lives out of fear or hurt due to postings on social media. It’s knowing how to encourage our kids to speak up when they see something wrong going on. The question is, could it have been prevented by the many eyes on the receiving end?

We need to dialogue with our kids about a topic too many are not chatting about. Many parents are simply unaware of both it’s far reach and magnitude. It’s important to provide encouragement with compassion. In a world revolving around communication via social media they witness more negatives than we can imagine. This may be in a Snap Chat Story, a text, a tweet or Instagram. Before graduation of either middle school or college they will see at least one (and most likely all) of the following via social media:

In a day and age where messages and communication are sent by someone hiding behind a screen we have a perfect platform for bullies and hurtful material entering the wrong hands. There are kids making comments they wouldn’t dare to make face to face. There are kids who opt to remain silent when they see harm, threat and hurts on social media. We also have many kids who do choose to speak up.

We have many kids and adults that are wired to believe that staying out of people’s business is the best way to go. It doesn’t cause waves and you aren’t viewed as a snitch. That mentality HAS to change. The reality is that when we speak up, we’re being human, compassionate and seeking ways to get that person the help and support they need. Bottom line, those that speak up are the true heroes. 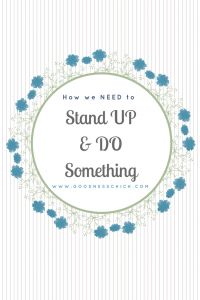 It isn’t simply saying to our kids, “do something.” Well, what the heck does that mean? Break it down for your kids. It means providing solutions. Provide examples (such as the ones listed above) where speaking up is the right (and necessary) thing to do.

If I could tell you the things I have viewed and kids have brought to my attention via social media it would make your heart ache. Kids can be mean. They can be really mean. We need to empower our kids that they have more power than they realize to do amazing things. Their words matter. Their eyes matter. I’ve gone through thousands (and thousands) of tissues over the years with kids who have been in the path of someone’s harmful words and messages. Here’s where standing up is SO crazy important. Kids think in the now. It’s hard for them to project to life after ‘now’ and see the light at the end of the tunnel. This is where it’s critical. We have kids self harming or trying to end their lives because of an inappropriate pic circulating, a group bullying text circulating or a instagram pic that makes them feel like it’s all over.

Chat with your kids about what they may have eyed on social media. How did they respond? Ask if they have ever been subject to bullying, taunts or felt in harms way. You may be surprised at their response. Let them know that if they ever are in such a situation that they can talk to you. I always encourage parents to also come up with another trusted adult between you and your kid just as a back up. Sometimes our kids may be more inclined to chat with someone other than their parent. That’s a hard reality to digest, but what we have to convey is that they chat with someone. Having this be someone you also trust is important.

Be aware of what your kids are posting. Free range on anything in the cyber world is not a good thing. It’s scary stuff, but they are safer when we continue to dialogue, encourage and support. Take a deep breath and keep on fighting the good fight, my friends! If you’re up for daily encouragement and up to date information on trends, mental health and all things kids…hop on Goodness Chick’s Facebook Page. Hope to see you there!