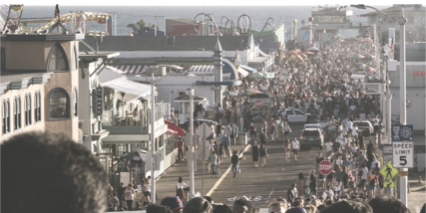 Integrity is a character trait that is powerful and has the ability to empower our kids in dynamic ways. This little word holds BIG power and TREMENDOUS potential to forge our young person into dynamic human beings. Integrity is being moral, decent, honest, compassionate and courageous. It is the choice to speak up against what is wrong. It is the decision to stand up and do something when something wrong occurs. Our young people have pressure to fit in and not go against the grain. It is so important that we encourage and instill the bold reality that there is POWER in their voice and their presence.

Let’s let them know that they can CHANGE the WORLD and SAVE someone’s LIFE!!!

How cool is that? We may naively believe our kids will always speak up and do what’s right. Step away from this mindset, because this is not as common as one would hope. Before our kid’s graduate from high school or college they will be in a situation where they have to choose to speak up or stay silent. In one split second they quite literally change another human being’s life.

These situations occur every single week:

These may appear extreme, but they are not. Our young people will be in situations where they have a choice to say something or do something when they have a front seat to a wrong occurring. Every single day, there is someone facing a wrong and someone else has a choice to get involved and put an end to it.

A number of years ago my sister and I were on walking along the streets of London when we came across a large crowd huddled on the side of the street. There were around fifteen to twenty teens and grown ups just staring and making motions at two girls in the middle of the circle. One girl was brutally attacking and yelling at another girl who was making every effort to free herself. She had marks on her body and was being physically harmed while fellow human beings stood in silence. My sister and I, without hesitation, jumped in. Jess pulled the victim to a safe area and I physically removed the attacker (clearly strung out on something). I do not know the reason behind the brawl, but I did not need details. One human was endangering another. Something had to be done.

Too often as both adults and teens we stay quiet; the safe route of silence is taken. This is unacceptable. When we believe our voice is power and our actions bring change, AMAZING things occur in how we view ourselves. 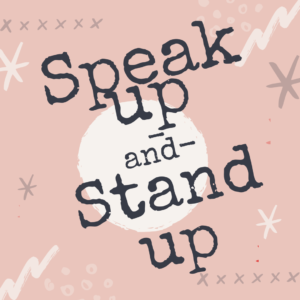 How to instill integrity in our kids…

How do we lay the ground work to instill integrity with our kids? The greatest tool you have is you. The example you set is critical. Do you observe a wrong and speak up? Or is silence the route taken? A second strategy is in the dialogue you have in the car, at the dinner table or whatever setting works for you.

Chat about different scenarios and listen to what they would do. If there answer is not what you anticipate, my urge is not to react in a shocked or disgruntled manner. Listen and hear them. This is not always a strength we have as parents. After they provide their answer it’s ok to explain what they can do. Break down the power and potential in their response. Empower them.

When we present integrity as a powerful, life altering attribute it’s received differently. Our young people can be someone’s hero, how awesome is that? A teenager’s words has the ability to save someone’s life. Wow! If the negatives over shadow the positives doubt and hesitation exist when it comes to doing the right thing. There is a tide of negativity and a pull to do what is easy and convenient instead of standing up for what is right and just. This means that they need to hear how important they are. Remind them how their words and going with their gut can change a life and essentially change the world. Saturate them with positive!

Wishing you a week of stepping forward and speaking up. Peace, Love and Goodness!

Social Media Etiquette: What Our Kids Need To Know
June 28, 2017

How To Overcome Fear That Holds Us Back From Living
June 21, 2017

Teaching Our Kids How To Communicate
June 14, 2017

Human Trafficking: What It Looks Like And Keeping Your Kids Safe
April 26, 2017