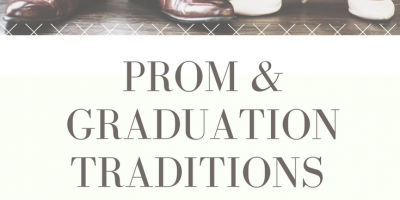 With Spring in the air it seems fitting to talk about prom and how to keep your kids safe during that time period. So we’re going to focus on prom, graduation and mIlestones and what you need to know. Any ideas you have about prom, throw them out the window. It’s a lot different from fifteen or twenty years ago. The discussion about how prom is now and the expectations involved needs to start early. The earlier the better. Dialogue is good. Prom has tremendous pressure with it. We have kids that believe it will be the best weekend of their lives, and the weekend festivities are a rite of passage. In reality, a weekend of unchecked gatherings usually brings a heap of poor decision making.

Weekend milestones have altered the course of kid’s lives…

We have kids renting out large blocks of hotel rooms, big houses down the shore, the mountains, etc, with the sole intention of nonstop partying.  Hundreds, if not thousands, of dollars are collected for alcohol. This isn’t let’s have a few beers and play a little beer pong kind of chat. Instead, it’s an obscene amount of alcohol being purchased with  the sole purpose of a weekend (or longer) drink fest. We have plenty of kids  who can’t remember their prom weekend. There are those who wish they could remember who received a dui, had their stomachs pumped, got in a brawl, destroyed property or were sexually assaulted. It’s the same story, just a different year and different face. It’s gutting.

But prom and graduation are part of growing up…

I hear you, but it’s ok for fun to not necessitate alcohol. It’s ok to have an adult present when a handful of friends sleep over. To put a ban on them going somewhere without supervision doesn’t mean they can’t have fun. We have to squelch that mentality.

Prom, Graduation and Milestones and what you need to know:

It’s important to ask questions. To assume that they are going to make the right decision isn’t fair to either the or you. This is a chat that can start as early as freshman year to begin to lay the ground work. Some things to think about:

What we need to remind ourselves when (and if) that tug comes to allow them to partake in these large gatherings is that it’s ok for them to not like us for our decisions. We’re not always going to be liked as parents. We have the hardest job in the world and man, sometimes it can be crazy tough. They still live under our roof and for most of us, there’s a price tag attached to their cell phone, food and other things. So when I hear that their 18 and adults, I pause and have to disagree. In even the most uphill of disagreements, we have to fight like heck for them. This is one of those times.

I cannot begin to tell you the heart breaking stories I have heard over the years. From the need for medical attention, trauma or broken relationships etc.There are motels or houses rented from 48 hours up to an entire week. When it comes to houses, rarely do they receive their deposit back. Those renting to kids have full intention of having damage to their home as well as knowing no one is fighting their non-returned deposit. It’s a scam and works for the best interest of the renter.

Think safe. I encourage you from the bottom of my heart to stand tall with your prom decisions, if you choose to not let your child go down the shore, or wherever they have plans. We aren’t meant to be friends with our kids, we have to try and keep them safe. Be alert, be aware, and be informed.

Every prom season, I pray that our kids will be kept safe. It’s scary. We cannot allow our kids to party nonstop, and put themselves in danger during the weekend. When it comes to these milestones, we have to fight the good fight. Rock it out. Keep your kid(s) safe, and don’t let your guard down!

The Power of Hello during the Corona Virus
April 13, 2020

Four ways for parents to maintain their sanity and wellness during summer.
June 3, 2019