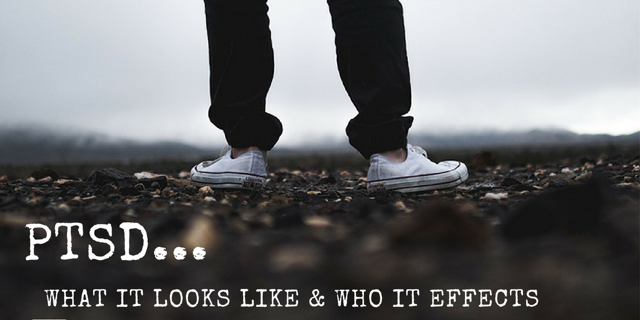 Post Traumatic Stress Disorder or PTSD is a form of anxiety that impacts hundreds of thousands of individuals. Often, what it looks like and who it impacts is unclear. This form of anxiety and is more widespread and common than most of us can fathom. PTSD can sometimes be pigeon holed into a disorder for military personnel, but it’s reach goes way beyond our men and women in uniform. Take a step back and in the hallways of our high schools, the aisles of our grocery stores and in the backyard of your average neighborhood you will find PTSD.

What does trauma look like and who can be affected?

With confidence I can say every week you will encounter someone with PTSD and you don’t even know it:

At the gym, in class, on your walk into the store there is an unidentified aching heart you brush by. When undiagnosed it creates obstacles for every day living. The symptoms of this illness are not typically red flag, super obvious. But they can pulsate within every fiber of the individuals being. That runs deep and can be emotionally paralyzing. So if someone has experienced any of the above forms of trauma, what symptoms may indicate that PTSD is in affect? The Mayo Clinic  provides an excellent lay-out of what this looks like. They’ve provided the following as symptoms:

There are human beings that have been subjected to traumas no one should have to deal with. Our bodies can shut down transitioning to survival mode when faced with trauma. But it’s the fallout after that triggers emotional trauma following the actual trauma. This disorder is not so much an illness, but an actual injury to the brain. The brain functioning and structure changes. This is an injury that’s as invisible to bystanders, family members and friends as it gets. The pain and impact of trauma is acute. Not everyone who has faced these forms of trauma suffer from PTSD. But those who do will exhibit many of the symptoms listed above. 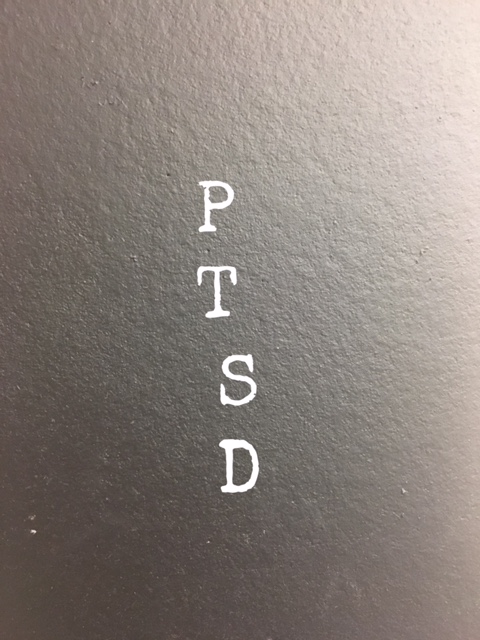 Why is it so hard to know?

The heart wrenching aspect of this disorder is being unaware of the trauma. The number of young people who have faced some form of sexual abuse, molestation or rape is hard to fathom. Consider how many men and women who have been in combat being witness to things we can’t even wrap our heads around. The list goes on. These pains aren’t worn on a scarf or sweatshirt. But they run deep and treatment is critical. Living a full and healthy life is possible, but it’s a long and arduous journey. It’s one no one should walk alone.

This is where being aware of the emotional state of family members, friends and acquaintances is important. I’m not saying you need to sit them down on a couch and begin therapising. That’s going to backfire terribly. But if red flags are being emitted, don’t turn a blind eye. If you’re comfortable asking questions, go with your heart. Also be prepared for possible stark honesty and pain. If you’re not comfortable, encourage them to seek counsel.

I encourage you to check out a great read on PTSD from a first hand account providing what it looks like and real strategies to cope.The organization is also a great resource for finding support for anyone suffering from PTSD or any chronic illness. Support, is powerful stuff. Check it out:  https://www.reachout.life/ptsd-symptoms-treatment-and-coping-strategies/

PTSD is under diagnosed impacting all age groups

In my own life, PTSD has a place in my own family. My brother in law served numerous tours in combat and the trauma has a hold on him to this day. He witnessed things I can’t imagine. There are many days he lies in bed sleeping. Depression. His motivation and passion for life is squelched. I watch the impact this has not only on him, but the domino effect on his family. My sister suffers. His two boys suffer. It sucks beyond words. There is survivors guilt. He grapples with overwhelming sadness and isolates himself. He has been emotionally paralyzed in many aspects of his life. I just want to fix him, but I can’t. Pain, hurt and the layers run deep. He is a good man, just a hurt dude who needs help.

On the other hand, I also have people I care for who have faced sexual abuse and witnessed horrific tragedies. There are times these have been numbing, paralyzing. Some have sought help. Others have shunned it. It’s crazy life altering pursuing treatment can be. It’s huge.

Pain like this does not disappear. It hovers and can pulsate from every fiber of their being. It can sometimes mean lifetime maintenance. The truth is, when it comes to dealing with anything in the world of mental health or addiction there are commonalities. The first being, there’s no potential for help or healing without the individual taking a first step. If they don’t reach out their hand and take a step towards help, there’s zero chance of things changing. But it’s also not about going at it solo. It’s having a wing man, a support system. Therapy and treatment is not a one person act.

If you or someone you care for falls under any of the above I encourage you to take that first step. It isn’t easy to look at past hurt and pain. The truth is it is required for healing and moving forward to take place. The reality is that trauma can be a part of someone’s life experience, but it does not have to define them. I know that is easier said than done, but it’s true. Encouragement, accountability and love go far. That person’s first step is huge. In life, we may have been of victim of circumstance. But in the long run, we can be survivors.

Thanks for listening and know how much stronger we all are when we don’t go at life solo. Seek support, insight and encouragement. Wishing you a week of family, good conversation and substance.