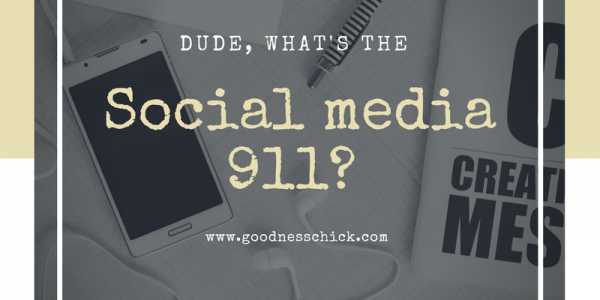 We text, send selfies and face time our kids. Social media can be a lot of fun as well as convenient, but we need to define what is and is not appropriate when it comes to posting online. As parents there is great value in defining what is and what is not appropriate for what to post, write and tweet. Kids have no clue about social media etiquette; that pictures will still exist when they have kids and their kids have kids. Pictures, posts and tweets will never go away. I promise. It’s time to define and direct some serious social media etiquette with our kids. If we don’t, they will create their own boundaries and standards which is super scary.

Let’s break it down….

We live in a society that revolves around technology; this is not a bad thing. Parents may try to keep their teens from engaging in social media, that’s a losing battle. Constant communication and teaching them HOW to responsibly post, text and tweet is KEY! Young people are in the now and have a difficult time seeing beyond that scope. They can’t grasp that a tweet or a picture have the ability to create barriers or even hurt feelings. This leads us to…

You are judged by what you post. Eyes may roll, but this is unabashed truth. In less than 15 seconds anyone who scrolls along a page, Snap Chat story or post is given small kernels of you. Regardless of age, this is the case. Your character, value system and who you are is established by these building blocks of pics, posts and tweets.

This is really important to establish for our young people. I am going to say both high school, college and those in any type of work force. What you post matters….I promise. 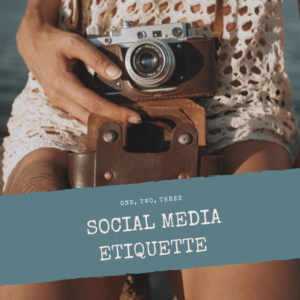 It’s ok to post your heart out, tweet, Snap Chat and rock out your social media world. The reality is, so many of our kids  kick things out to cyber space and do not realize what potential damage it can do to their character. They cannot mentally grasp that one day their kids will be able to retrieve pictures anytime, anywhere in the next ten years. Nothing will be secret. Nothing will be private. Kind of scary isn’t it?

I also believe is important to convey that it isn’t merely their friends viewing what is sent out to cyber world. It’s Dad, uncle, distant relative in Minnesota, grandpa and…well, family. There have been a good number of kids who have sat in my office and will make a comment on how their parent ‘flipped out’ over something that showed up on one of their feeds. They inevitably ask me, “what do you think, Lawler?”

What would grandma say?

My response to pictures that young people show me and that they do not deem inappropriate is, “did you show this to your grandma?” I don’t say mom, dad, step-mom, etc. Why? Often kids null and void mom and dad, which is unfair and kind of crappy but it’s the truth. Grandparents, on the other hand are a different story. I believe in being candid with kids. I have asked the following:

Uncomfortable chats, but ones we need to have. It is about having young people be super uptight, but thinking outside of themselves. This they cannot do alone. Dialogue with them. If you feel this will fall on deaf ears then utilize a family member that they respect to have this chat and on more than one occasion.

They are in the vortex of social media crazy ever day. Having a one time chat is futile. On going dialogue is good. Let them know you love them and respect them, but define what respect for you looks like. Chat about HOW this can super duper impact their future and the impression they make on others.

Lots of decisions. Crazy challenges when it comes to raising our kids. Know your words, the dialogue are SO important. Don’t back down. Fight the good fight. Peace, love and goodness.

Five ways to get more connected to your community
January 26, 2020

Finding the Thanks and the Giving in Thanksgiving
November 26, 2019